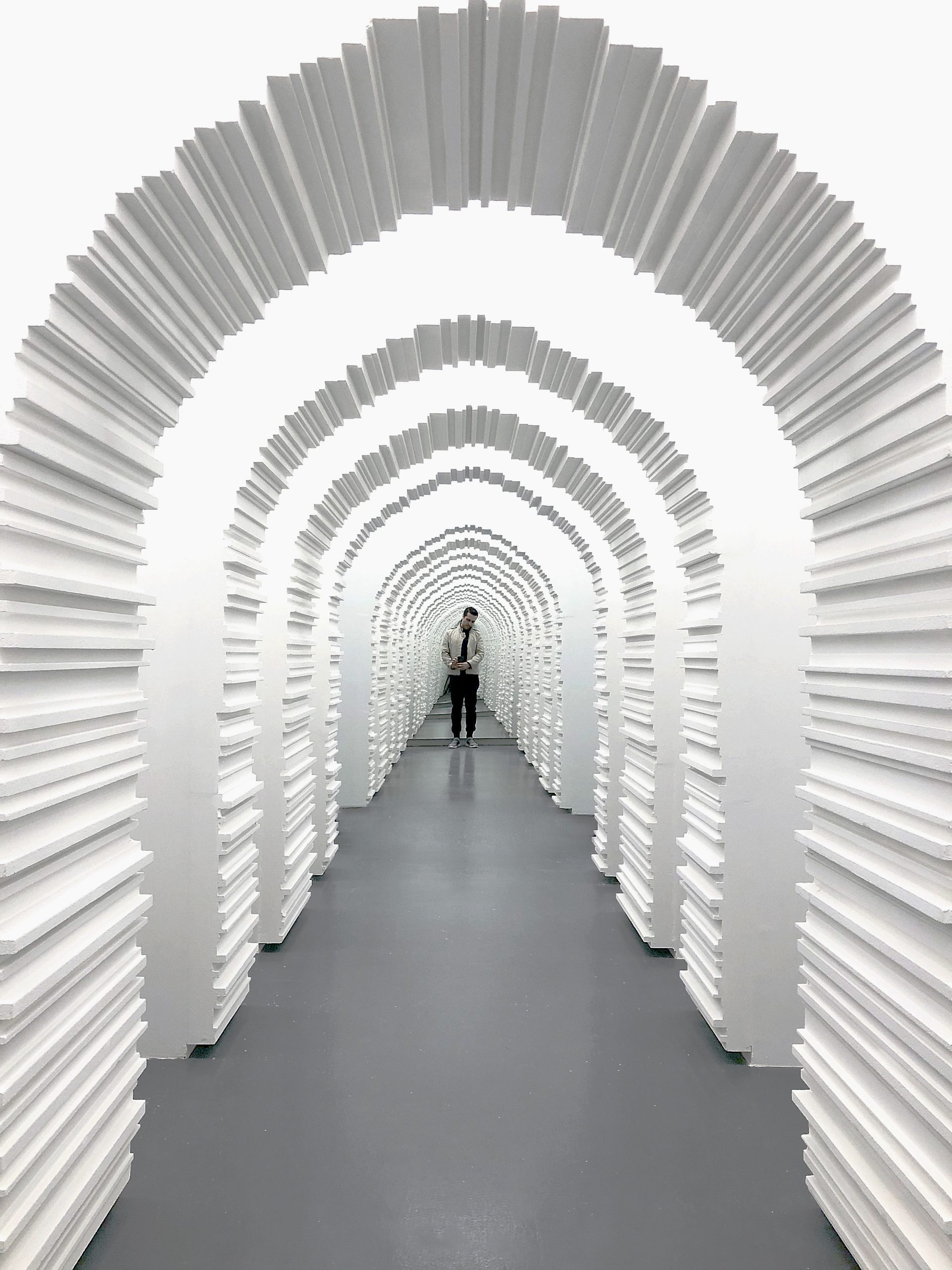 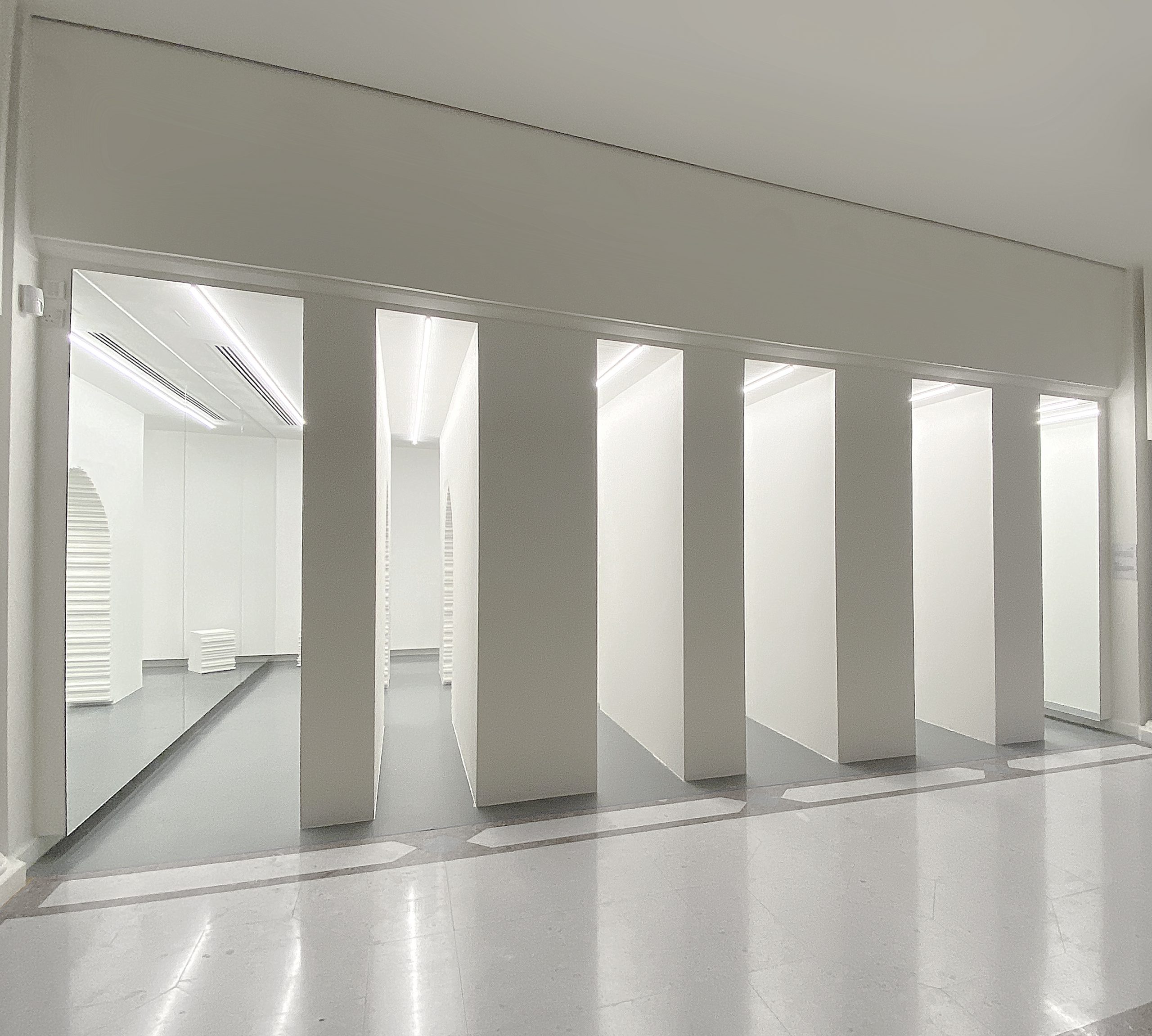 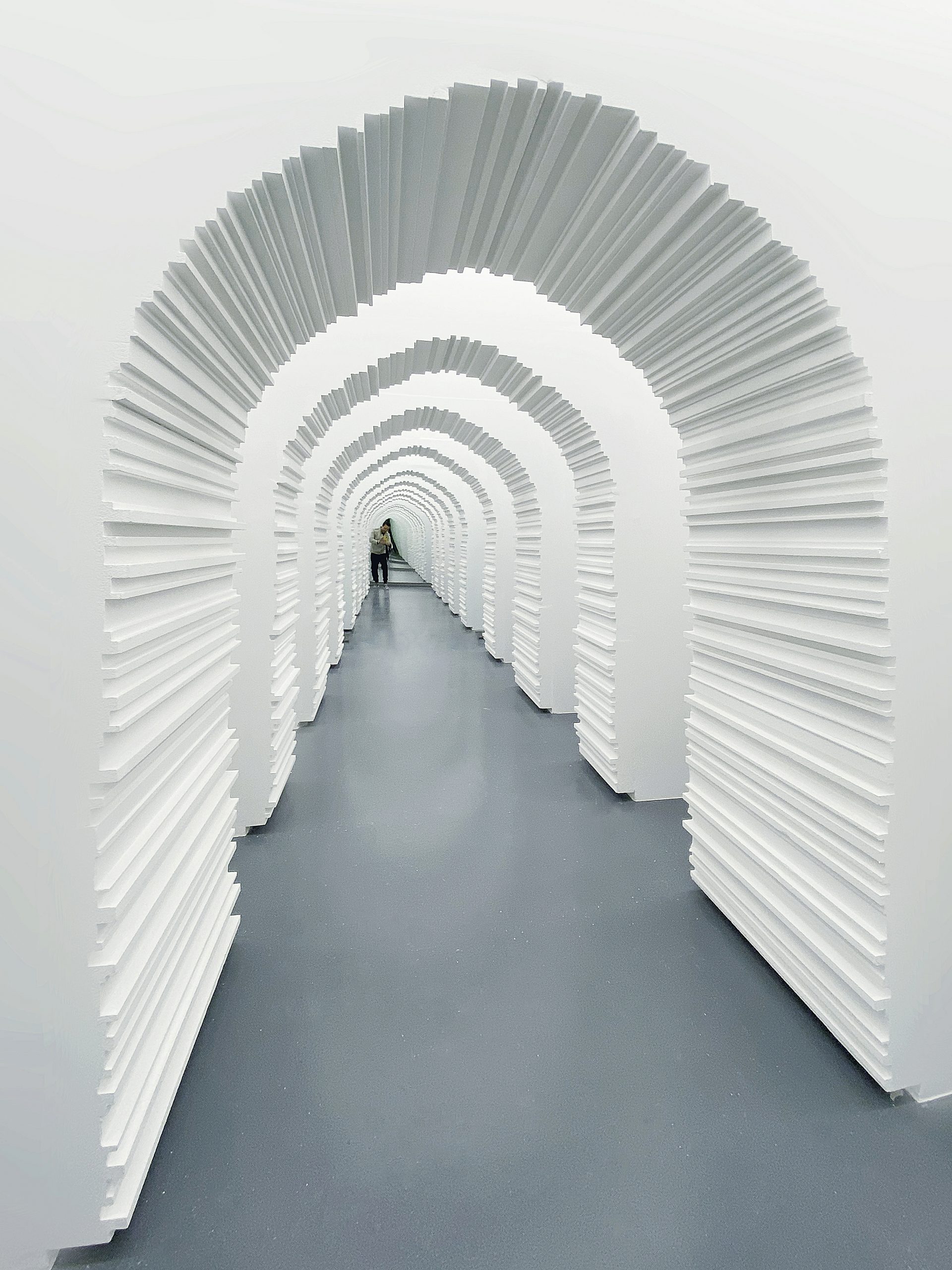 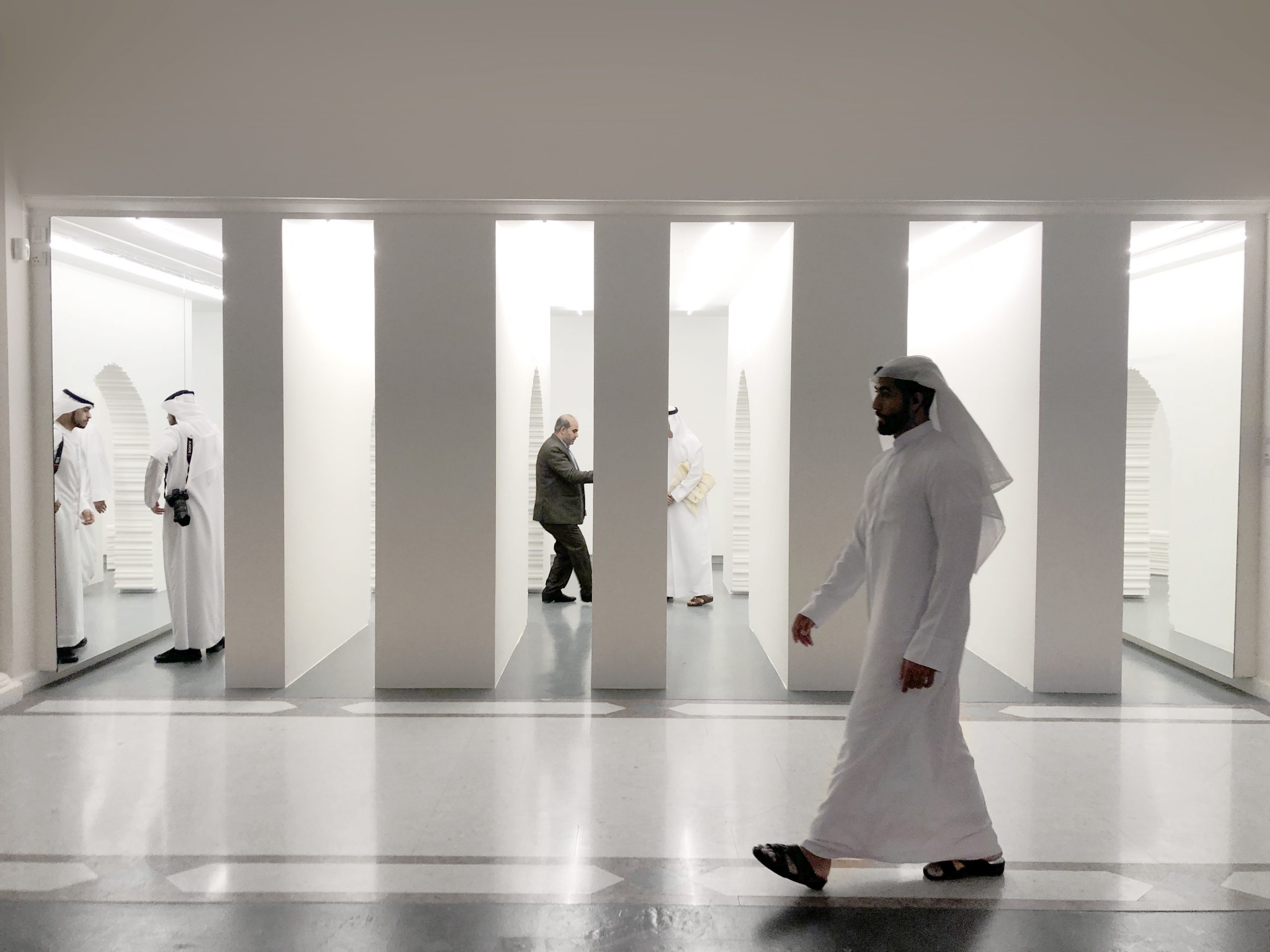 Location: Sharjah Art Museum, UAE
Dimensions: 30′ x 18′ x 10′
Client: Sharjah Department of Culture,
Year Completed: 2019-2020
Art in Public Places: Yes / Museum Open to the Public
Public Art Program: Museum Exhibition Commission – Islamic Arts Festival
Description: INFINITUM is an immersive art – architectural installation presented at the Sharjah Art Museum on the occasion of the Islamic Arts Festival 2019/20, 22nd Edition.  Arches are typical in Mosques’ design. They came to the Islamic world during the Umayyad Caliphate. This first dynasty of Islam spread the religion and the Arabic language through a growing empire that, between 661 and 750 A.D., stretched from Spain to India. Because of the rapid spread of the religious and political power of the Umayyad Caliphate, the art and culture also spread, and columns and arches became, for centuries, part of the most common design for mosques. Islamic Arches buildings are typically constructed of stone, wood being rarer in the original Middle Eastern homelands of the Umayyads. The rows of Columns and Arches give a visual impression of limitless space, as a metaphor of the progress for human civilization, maximizing spiritual symbolism and visual appeal – progressing towards an ideal civilization. It refers to centuries of human civilization and the creation of prospective in social spaces and the openness to open possibilities of human life.