October, 4 2017 – Yayasan Design + Art Indonesia will hold Indonesian Contemporary Art & Design (ICAD) again. This annual event will be the 8th since the first ICAD held in 2009. This year, ICAD will be bigger and bolder, involving collaboration with various groups of creative actors and cultural centers. Located at grandkemang Jakarta, ICAD will take place for 6 weeks from 4 October to 15 November 2017. The theme of ICAD 2017 is ‘MURNI? ‘.

Indonesia Contemporary Art and Design (ICAD) 8 rises the issue of “essentialism” or simply represented by the word “MURNI?” (pure). As an equivalent of the word “essence” or “essential”, it is purely an Indonesian vocabulary which tends to be avoided because it implies a heavy and absolute burden, even though it contains a reasonably worth exploring complexity. The asking of the question mark (“?”) at the end of the word “Murni” is an attempt to make the exhibition participants more critical of the meaning.

ICAD 2017 involves more than 50 designers and artists to create statement, functional, and special appearance works. These works will be scattered throughout the public areas of Grand Kemang Jakarta. ICAD 2017: MURNI? will also be filled with activities that aim to inspire and bring design and art to the public. There will be three conventions on art, design & architecture, and film, which will be held at grandkemang Jakarta during the ICAD period. 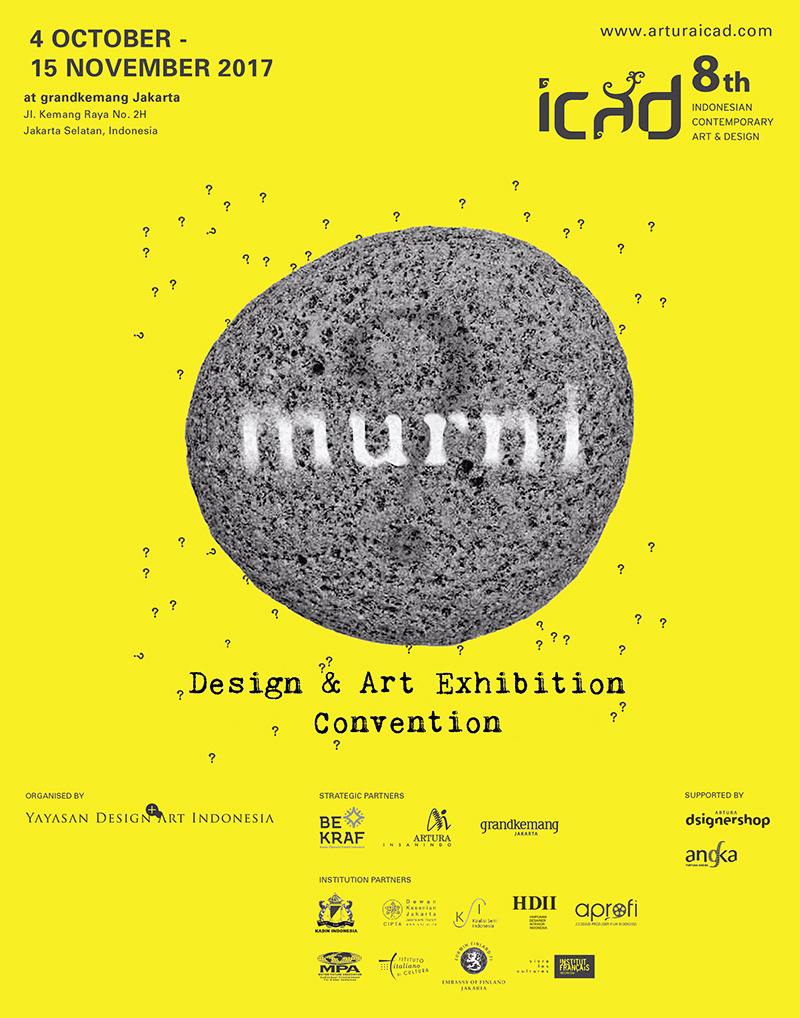 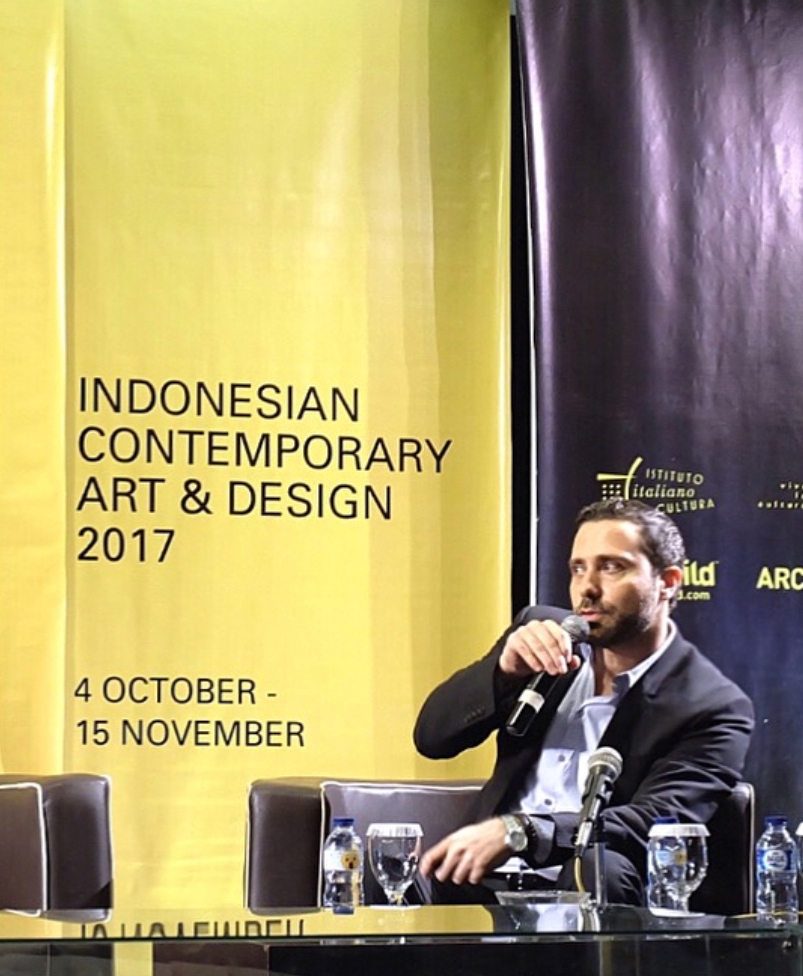 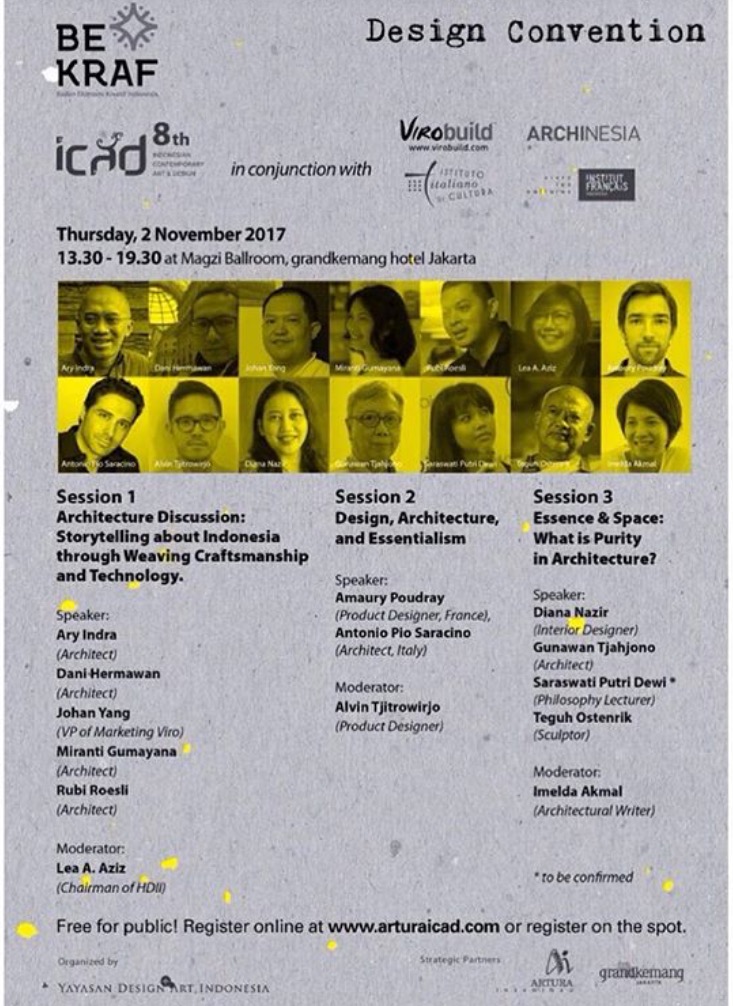 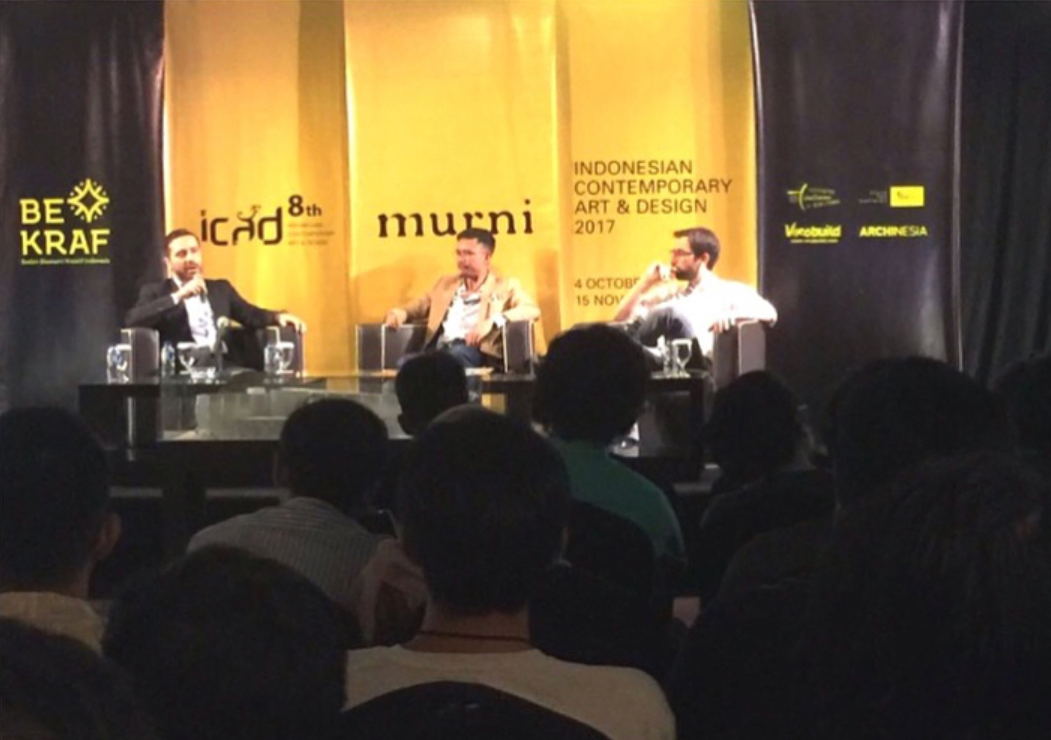