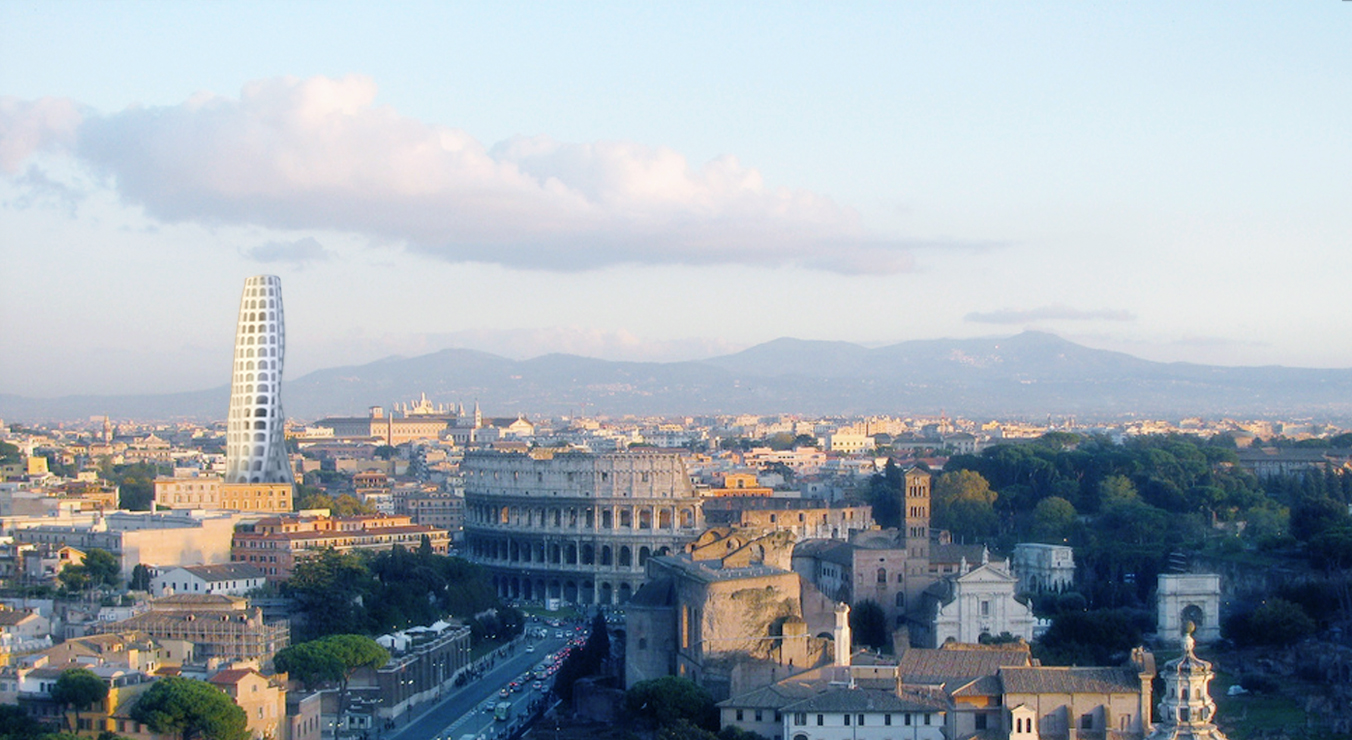 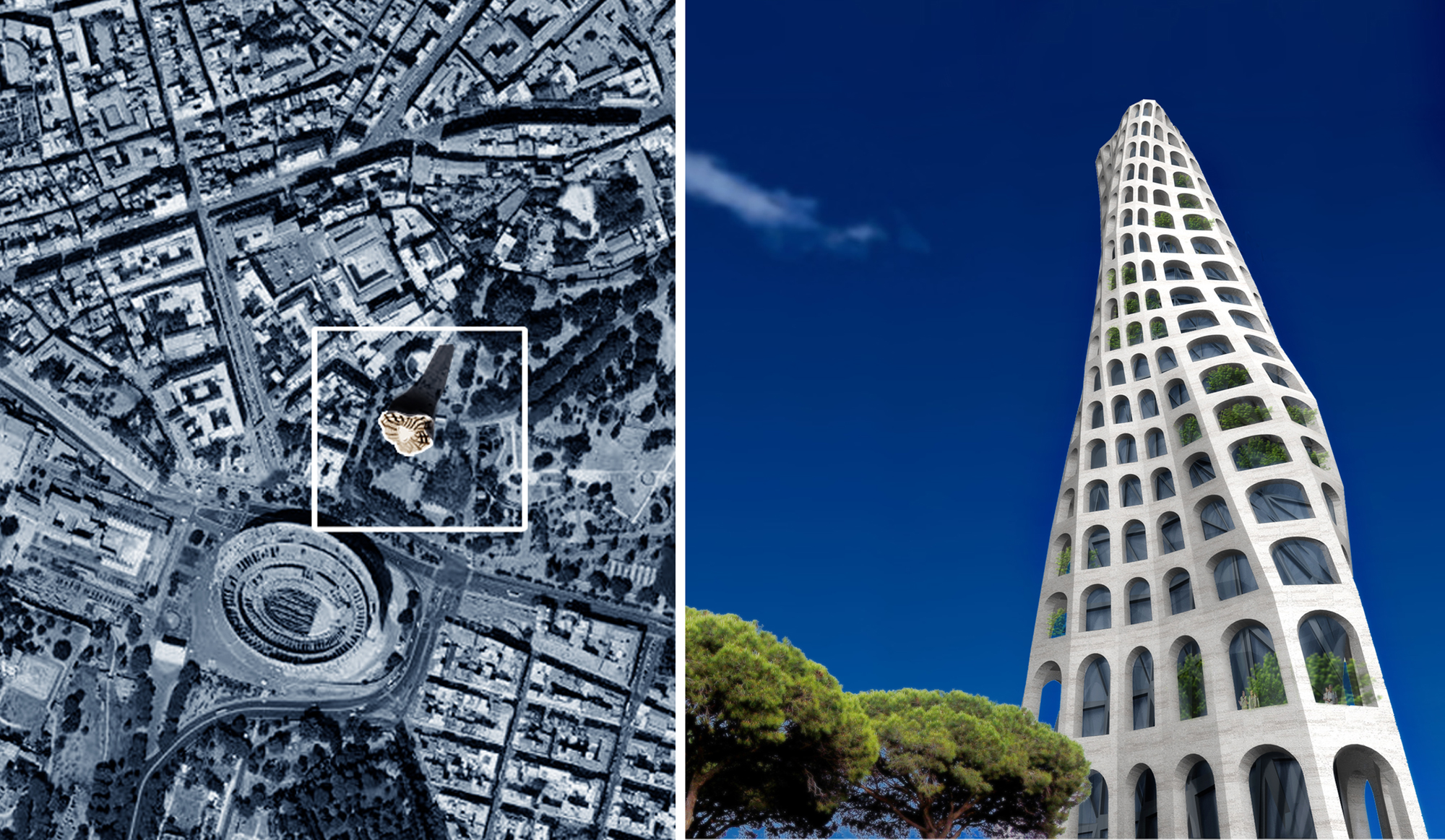 COMPETITION PROJECT / This hundred-meter tower was designed for a competition to create a tower to sit next to the Roman Coliseum, the core task being to design a high-rise structure that relates to its surroundings and belongs to The Eternal City, Rome’s nickname for centuries. The competition aimed to create debate and exploration around the idea of Rome becoming a vertical city in the future. The Vertical SPA tower is designed accordingly. Its design elements demonstrate its ties to the present and its fundamental qualities project the future of a city that has survived nearly kind of event. The design is innovative and renewing and draws attention to continued rebirth of Rome through the vitality of its framework. The tower rises over the city of Rome through a series of arches inspired by the shape of the Coliseum and the fluid motion of water. The vertical SPA Tower is complete with pools, saunas, treatment rooms, and gardens.